August 29 marks the day the levees broke in New Orleans fifteen years ago. To commemorate the occasion, I am curating a multi-genre reading to remember the lives that were lost and changed by Hurricane Katrina, and the city that was abandoned and continues to thrive. The writers invited for this reading represent the vast stories and experiences of the storm.

The featured readers for our virtual event include:

Lolis Eric Elie, New Orleans native and Los Angeles-based writer and filmmaker, who most recently joined the writing staff of the Amazon series The Man in the High Castle and has written for the OWN series Greenleaf and HBO series Treme.

Tom Piazza, author of the post-Katrina manifesto Why New Orleans Matters (Harper Perennial, 2008) and a principal writer for the HBO drama series Treme, which explores the aftereffects of Katrina in New Orleans.

The reading will be livestreamed on the Poets & Writers Facebook page on Wednesday, August 26 at 6:00 PM CDT. Hope to see you there! 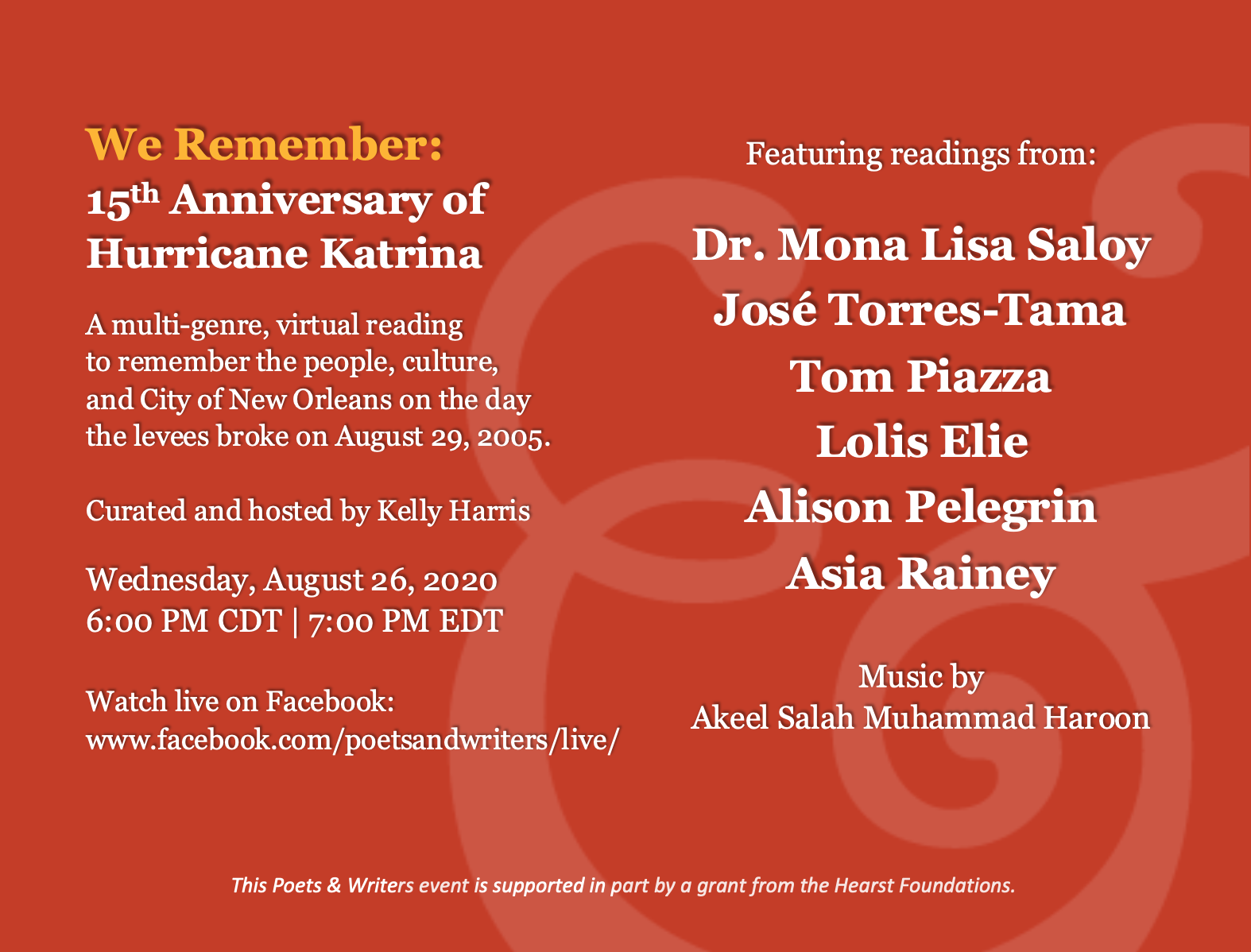 Photo: Flyer for the Fifteenth Anniversary of Hurricane Katrina virtual reading.
Kelly Harris is the literary outreach coordinator for Poets & Writers in New Orleans. Contact her at NOLA@pw.org or on Twitter, @NOLApworg.
LOC:
New Orleans