With so many good books being published every month, some literary titles worth exploring can get lost in the stacks. Page One offers the first lines of a dozen recently released books, including Make It Scream, Make It Burn by Leslie Jamison and The Water Dancer by Ta-Nehisi Coates.

“Elsie was with Gaspard, her live-in renal-failure patient, when her ex-husband called to inform her that his girlfriend, Olivia, had been kidnapped in Port-au-Prince.” Everything Inside (Knopf, August 2019) by Edwidge Danticat. Thirteenth book, third story collection. Agent: Nicole Aragi. Editor: Robin Desser. Publicist: Gabrielle Brooks.

“I can’t say which ghost / not because I am being coy / and not because the ghost / is being coy.” Cyborg Detective (BOA Editions, September 2019) by Jillian Weise. Third book, poetry collection. Agent: None. Editor: Peter Conners. Publicist: Ron Martin-Dent.

“I was swimming / with the taste of apple / in my mouth / a shred of appleskin / between my teeth I guess” Dunce (Wave Books, September 2019) by Mary Ruefle. Seventeenth book, fourteenth poetry collection. Agent: None. Editor: Joshua Beckman. Publicist: Ryo Yamaguchi.

“In order to have a second marriage you can believe in you may have to fail at your first marriage.” The Long Accomplishment: A Memoir of Hope and Struggle in Matrimony (Henry Holt, August 2019) by Rick Moody. Twelfth book, second memoir. Agent: Melanie Jackson. Editor: Barbara Jones. Publicist: Marian Brown.

“And I could only have seen her there on the stone bridge, a dancer wreathed in ghostly blue, because that was the way they would have taken her back when I was young, back when the Virginia earth was still red as brick and red with life, and though there were other bridges spanning the river Goose, they would have bound her and brought her across this one, because this was the bridge that fed into the turnpike that twisted its way through the green hills and down the valley before bending in one direction, and that direction was south.” The Water Dancer (One World, September 2019) by Ta-Nehisi Coates. Fourth book, first novel. Agent: Gloria Loomis. Editor: Chris Jackson. Publicist: Gregory Kubie.

“they’ll arrive at the house / in the poem where the man, / who is the father, who is / the husband, who is the body / in the earth— / but we haven’t / gotten there yet” Erou (Four Way Books, September 2019) by Maya Phillips. First book, poetry collection. Agent: None. Editor: Ryan Murphy. Publicist: Clarissa Long.

“From the first evening in spring to the last vigils of autumn, he sits on the little worm-eaten hobnailed bench, his body hunched, beneath the window whose jambs frame the night and the stone wall in a small theatre of shadows.” Animalia (Grove Press, September 2019) by Jean-Baptiste Del Amo, translated from the French by Frank Wynne. Fourth book, novel. Agent: Anne-Solange Noble. Editor: Peter Blackstock. Publicist: Kait Astrella.

September/October 2019
In Print and Online 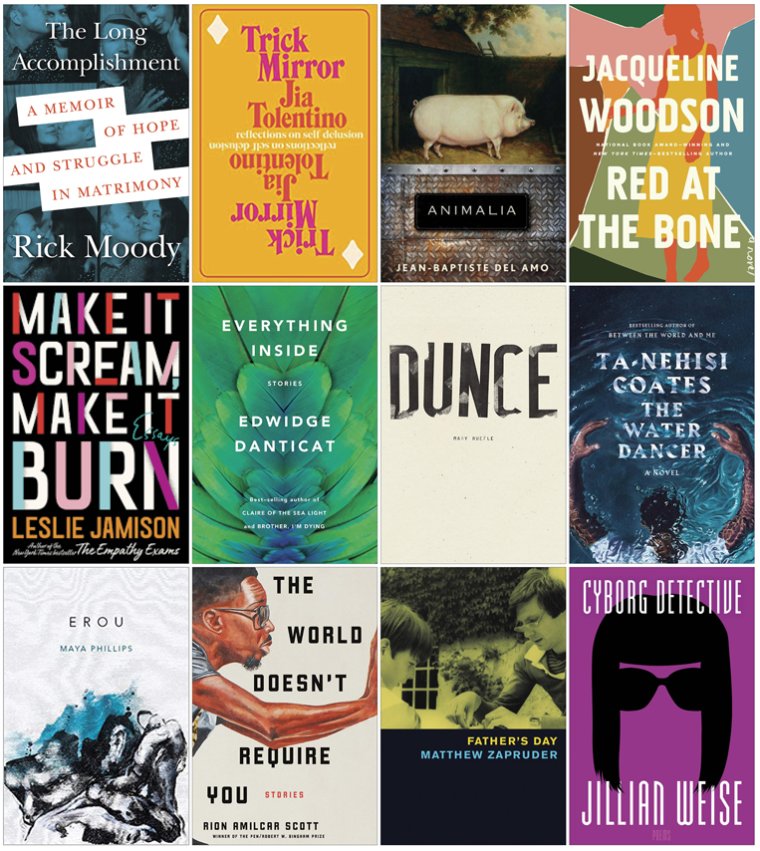