With so many good books being published every month, some literary titles worth exploring can get lost in the stacks. Page One offers the first lines of a dozen recently released books, including The Nickel Boys by Colson Whitehead and Patsy by Nicole Dennis-Benn.

“Just two years shy of thirty, Patsy has nothing to show for it besides the flimsy brown envelope that she uses to shade herself from the white-hot glare of the sun.” Patsy (Liveright, June 2019) by Nicole Dennis-Benn. Second book, novel. Agent: Julie Barer. Editor: Katie Adams. Publicists: Cordelia Calvert and Michael Taeckens.

“When I was a boy, my father, during our weekly phone conversations, used to tell me stories about the mythical kingdom of Camelot.” Roughhouse Friday (Farrar, Straus and Giroux, June 2019) by Jaed Coffin. Second book, memoir. Agent: Betsy Lerner. Editor: Colin Dickerman. Publicist: Chloe Texier-Rose.

“By the time we find him, he has been lying in a small pool of his own shit for several hours.” Notes to Self (Dial Press, June 2019) by Emilie Pine. First book, essay collection. Agent: Amelia Atlas. Editor: Whitney Frick. Publicist: Carrie Neill.

“Of my self-creation is this legend / of my betrayals, my disloyalty to my origins.” Sightseer in This Killing City (Penguin Books, June 2019) by Eugene Gloria. Fourth book, poetry collection. Agent: None. Editor: Paul Slovak. Publicist: Sara Chuirazzi.

Nicole Dennis-Benn reads from her novel Patsy, published in June by Liveright.

July/August 2019
In Print and Online 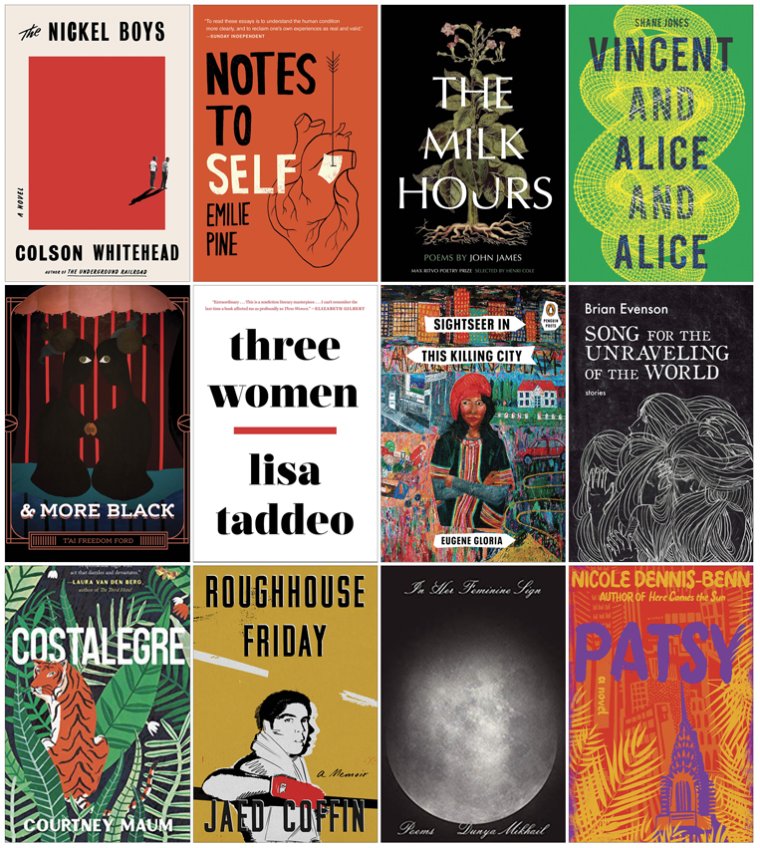