Last week I wrote about the finalists for the Motown Mic spoken word competition. This week I had the chance to connect with the 2021 Motown Spoken Word Artist of the Year, Kyle Mack. Born and raised in Novi, Michigan, he began exploring the city of Detroit after meeting his now fiancée, Ashley Adams. Adams is a poet who goes under the stage name Galaxy and Mack credits her for inspiring him to enter the contest. “I owe all the thanks to her because if it wasn’t for her pushing me to finish and submit my poem, especially when I was doubting myself, none of this would have been possible,” says Mack.

What’s even more impressive is that Mack’s winning poem is also the first spoken word poem he’s ever written. Mack is a musician and rapper (you can find his music on Spotify and Apple Music), and this was a new venture for his artistry. Mack eloquently reflected on the differences between these two genres: “To me, I feel spoken word is more raw compared to music. With music, you always have a beat or background instruments. With spoken word there is just your voice.”

For Mack, participating in the Motown Mic spoken word competition exemplifies how pushing yourself forward to try something new can be a great experience. “The competition allowed me to step outside of my comfort zone and indulge in a different form of art that I’ve always wanted to indulge in,” says Mack. It is often said that poetry and music go hand in hand. Mack has shown how these genres can connect and transition between each other.

As for the future, Mack has an album called Catholic School Bastard coming out on July 23. He is looking forward to sharing his artistry and performing once venues begin opening up. You can watch an interview with Mack on Motown Museum’s Facebook page. 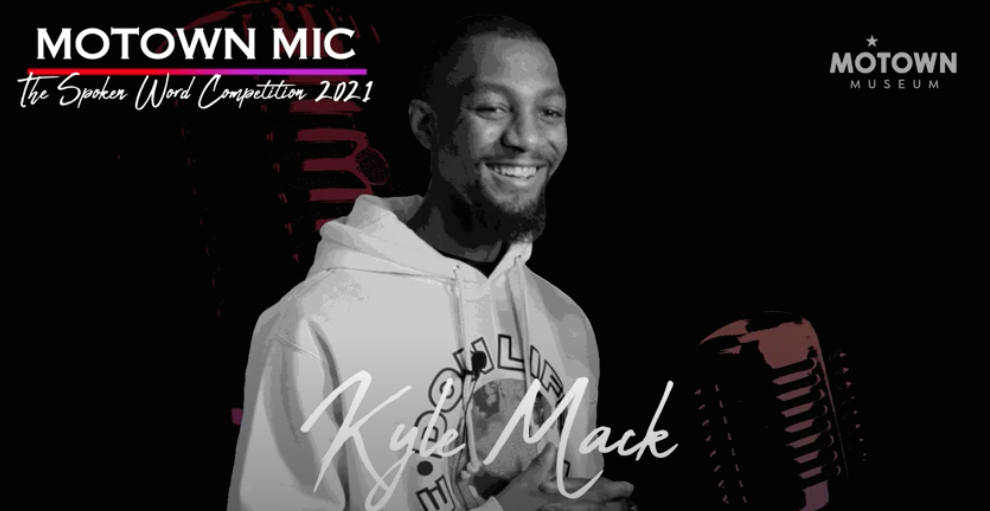 Photo: Kyle Mack, winner of the 2021 Motown Mic Spoken Word Competition.
Justin Rogers is the literary outreach coordinator for Poets & Writers in Detroit. Contact him at Detroit@pw.org or on Twitter, @Detroitpworg.
LOC:
Detroit

Goodbye to All That
Maggie Cooper of Aevitas
Date:
Share: