If We Just Listen, We Can All Hear Ghosts

For over a decade, Poets & Writers has cosponsored creative writing workshops at Hillsides Education Center, a therapeutic residential and day school that offers individualized education for students with social-emotional, learning, and/or behavior challenges in Pasadena, California. Last fall, poet Douglas Manuel returned to Hillsides for a second time to work with teens. Manuel is currently a Middleton and Dornsife Fellow at the University of Southern California where he is pursuing a PhD in Literature and Creative Writing. He has served as the poetry editor for Gold Line Press, as well as one of the managing editors of Ricochet Editions. His poems have been featured on Poetry Foundation’s website and have appeared or are forthcoming in Poetry Northwest, the Los Angeles Review, Superstition Review, Rhino, North American Review, the Chattahoochee Review, New Orleans Review, Crab Creek Review, and elsewhere. His first poetry collection, Testify (Red Hen Press, 2017), won the 2017 IBPA Benjamin Franklin Award for poetry. Below, Manuel reflects on his experience with one student who he calls C. 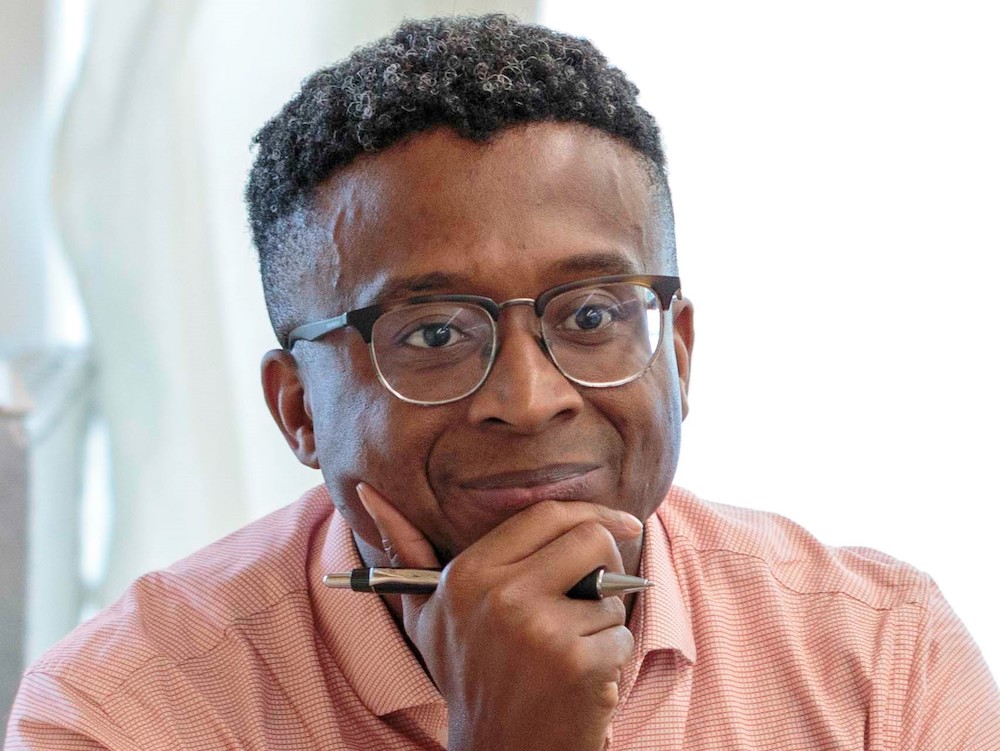 C is at least a full head taller than I am. His cropped blond hair looks even more yellow under the fluorescent lights of the library. I’ve mispronounced the word “thaumaturgic” while reading the class our example poem “canvas and mirror” by Evie Shockley. As soon as the word incorrectly leaves my mouth, C nearly yells to correct me and pronounce the word correctly. I thank him and keep it moving, trying not to smile and steal peeks at C following diligently along as we continue through the poem.

C is in the eleventh grade and is autistic. I’ve been told that he would rather come to my P&W–supported creative writing class than go to his other classes, so each week he comes to both of the Wednesday late morning sessions. Each time he returns for the second session he loudly greets me, and we shake up. All of the students at Hillsides mean so much to me, but I must admit that C is perhaps my favorite. Right now, as I think of his voice, my lips slip into a smile.

My last day with the students was on Halloween. I brought three Halloween poems for the students to imitate: William Shakespeare’s “Song of the Witches: ‘Double, double toil and trouble,’” Carl Sandburg’s “Theme in Yellow,” and Kiki Petrosino’s “Ghosts.” After reading through these poems together, I told the students to choose one poem to imitate. C chose “Ghosts” and asked if I would help him. So, I asked him what kind of ghosts haunt him. I told him that sometimes my dead mother stalks me and visits me when I need her. I asked him if he has any ghosts like that around. He began to tell me about how his favorite YouTube star McSkillet died, and revealed to me that sometimes McSkillet speaks to him in his dreams, and tells him it’s all right to be autistic and don’t mind when people make fun of him. I told C that everything he just told me would be perfect for a poem. He then looked directly at me and quickly began writing. 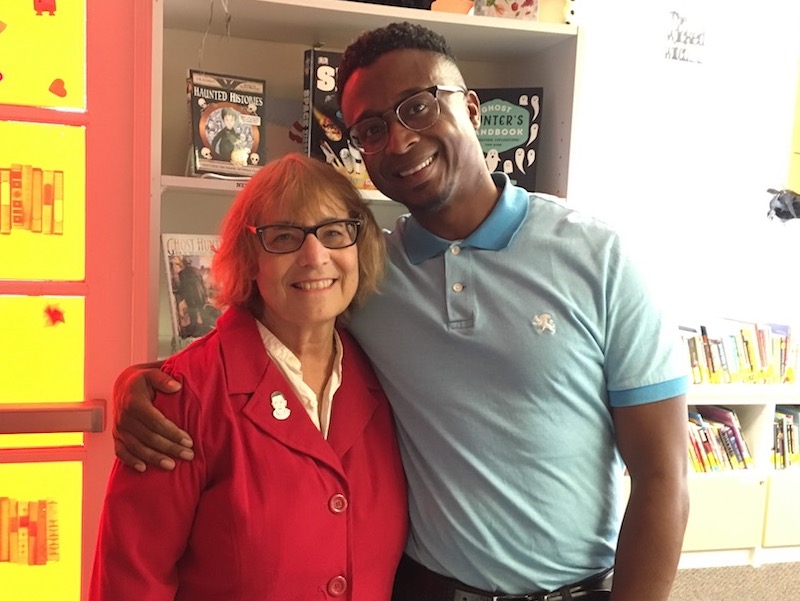 Every week, in both of the sessions he attends, C tries my assignments and writes. He usually writes very short poems, so in the second session on Halloween, I challenged C to write a poem that filled a full page in his small notebook, which has the character Dory from Finding Nemo on its cover. C gladly accepted my challenge and began scribbling. I watched him as I walked around the room to help other students with the assignment. All of the focus in his body was applied to this assignment. He never looked up from his journal. I had never seen him write for this long without talking to me or other students.

At the end of the class, C shared his McSkillet poem. When he was finished, the whole class was silent because C had never written about anything so serious before, had never been so honest before, or shown how self-aware he was before. He had never revealed how much he hated being labeled autistic, or told the class how much he hated it when people made fun of him.

All of the students at Hillsides mean so much to me, but I must admit that C is perhaps my favorite.

Support for Readings & Workshops in California is provided by the California Arts Council, a state agency, and the National Endowment for the Arts, a federal agency. Additional support comes from the Friends of Poets & Writers.