Editing A Novel: How I Do The First Round Of Self-Edits

In this short video, I explain how I’m doing my first round of edits on Map of the Impossible, including my process, what I look for in the manuscript, and helpful tips for your self-editing process.

This was recorded as a Facebook Live video on Mon 4 May 2020. I’ll be doing more of these so please join me: www.Facebook.com/thecreativepenn

If you need help with editing, check out www.TheCreativePenn.com/editors

Transcript of the video on editing

Hello, Creatives. I’m Joanna Penn from TheCreativePenn.com and I am going to start trying to do some more live videos. So this is the first I’ve done in ages, so I hope you find it useful today.

I’m going to talk a little bit about editing because right now I am starting to edit. I’ve printed out the first draft and now I need to hand-edit it.

Actually I’ve got a picture to share with you of some of my hand edits, so I’m just going to put it on the screen. You can see here, I tend to scribble a lot at this stage of the process, and I’m pretty excited about this book.

It is the third in my Mapwalker dark fantasy trilogy, and the other two are done. Doing the third book in a series can sometimes be a challenge especially when they’re spaced out a bit, and you’re a discovery writer, like me, because you don’t necessarily have a plan. You don’t necessarily know how it’s going to end.

But in this edit, there are a few things that I will be focusing on.

So first of all, I’m doing a full read-through and scribbling on the — Oh, I’ve actually got it here so you can see — It’s in this big folder. So I just print it out and go through it by hand,

I’m looking at what’s missing and what might need expanding.

So for example, if I’ve just missed a whole chunk of information or story about how the characters are behaving, or if I just feel like, ‘Oh, there needs to be something that sets that up beforehand.’

So I’m really writing what I need to add and also what might need expanding. So for example, as I was reading about one of my pyre scenes with one character who died in the last book. I wanted to expand that and make it more emotional in some way.

Also, how does the story hang together? Does it make sense as the trilogy?

That’s really important. This really is a trilogy, one character arc, and that will be the next question.

Are all of the character arcs complete? Do they make sense?

Are they strong enough? Do you get a sense of the real characters as opposed to in a thing that might be a cardboard cutout character that’s just there to be killed?

That’s important. Then also the beginning and the end of the books.

When you open that first scene, do you want to keep reading? Is the ending satisfying both the of the book itself, but also of the whole trilogy?

Then I’m also looking at story order. So I tend to write in scenes — a scene is generally in one place and some characters and something happens — but that’s not how I do chapters.

I tend to chop my scenes up so they go across chapters. So there’s more of a cliffhanger idea, and that’s really important too.

I do my edits with a thesaurus. I go through and if I find repeated words or anything — you know, when you tend to use the same word over and over and it’s really annoying, so you have to go in and change it.

So I have that thesaurus open so I can check as I go through. Now, this is not specific line detail edit because I know I’m going to make some more changes, but if I notice things, I’m going to fix them.

[If you want to go to this level, check out my tutorial on ProWritingAid which has a thesaurus and lots of other editing tools.]

Also dialogue. I definitely rewrite a lot of dialogue at this stage, making it more like the character and also making it more realistic and/ or cutting it or changing it or adding action so that you don’t need a character tag. Mila or Sienna said — that’ll change to some action. Sienna jumped out the window and said as she jumped out, for example.

Also passive to active language. I definitely try and fix that. We all write a lot of passive language. Now. I will fix that also later when I do the line edit stage, but if I notice it, I’m going to fix it here too.

So that’s my first big edit. And I actually love this stage a lot. I feel so much closer to the finished book and you can see the cover here. I’m really excited to have that book almost finished.

And the trilogy almost finished because, of course, as writers when we have a trilogy, we can then turn that into a lot more products.

What else? Once I’ve finished the run-through by hand, I type everything up into Scrivener and then I will print it again and I’ll run through it again. But this time at a more detailed level to make sure it reads properly end to end. 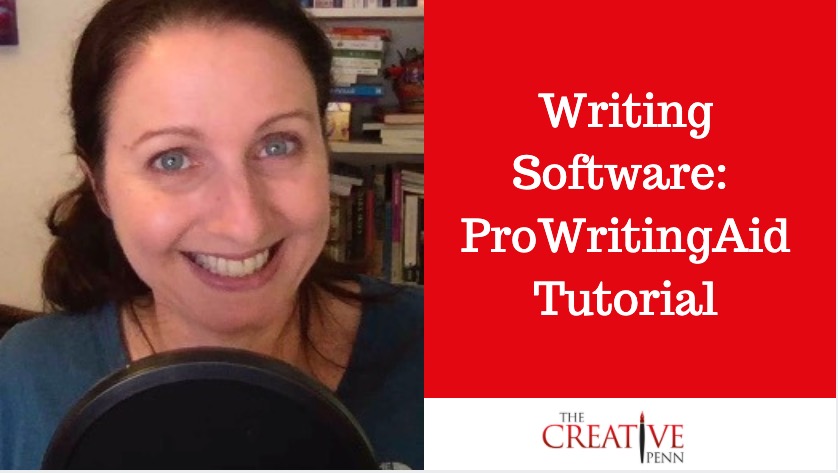 My proofreader is going to then give any thoughts on what else needs to be fixed. Usually just a few things at that stage and after that it gets formatted for print publication.

So at this point, I’m ready to also put the preorder up, and this is something I like to do once I’ve got that first draft, because I know the book is going to be finished within a couple of months once it goes through all these different people.

So, that is my process. So I hope you found that useful and let me know how your writing is going and also how do you do your edits as a comment below. So I hope that was useful. If you enjoyed the live video, let me know and I will hopefully be doing more of them over time. Right. Bye for now.