“In hip-hop there is something called a cypher. A cypher is a circle of emcees. There they ‘spit’ or perform their best rhymes in a highly competitive and supportive atmosphere. According to the emcee Rakim from the group Erik B. & Rakim, MC means ‘move the crowd.’ Much like when a DJ is at the turn tables, there are two call and response components to the cypher—one is comprised of performers and the other is the audience.

The emcees compose. The audience determines the levels of lyrical mastery in this informal competition by acting as the judges. The way an emcee moves the crowd elicits a response from the audience. The response is composed of words, dances, and morphemes. The morphemes are the sounds that indicate to the emcees and the audience embracing the cypher circle whether the emcee is good, bad, a fierce competitor, a weak competitor, etc.

The most nurturing aspect of the cypher is that it is a form of call and response. The improvisational composition and listening makes you attentive to the stories that are being told individually and collectively. That attention is presented as competitive, but the competition is little more than jest. The cypher asks griot, writer, keeper of stories, lyricist, scribe: What will you offer us and how will it help us collectively as a community of emcees and onlookers, writers and readers, know ourselves better?

I begin my writing practice by bringing my anxiety and desire to the cypher. I curate the cypher in a collection of readings that reflect my writing interests and ambitions. Everything you read will either affirm you or reject you. It will also indicate to you what kind of writer you want to be or what kind of writer you do not want to be. Therefore, I curate a collection of emcees—the writers that I want to read and be in conversation with. I copiously read them, knowing them and the intimacies of our conversation. Then I write.”
—DaMaris B. Hill, author of Breath Better Spent: Living Black Girlhood (Bloomsbury, 2022) 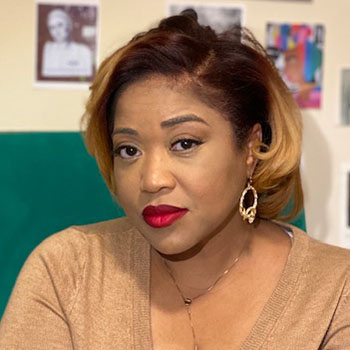